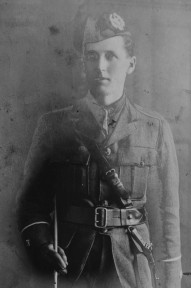 The following information was provided by Adrian who sent this message – “I am doing some research into Cameronians killed in WW1 and found a link to your site, which helped me pin a few things down about Andrew Young who appears on the Crosshouse War Memorial.  Thought you might like some more info on him.”

Andrew was killed by a Rifle Bullet during attack on the Quarries, Loos Sector while attached 2nd Royal Scots Fusiliers.